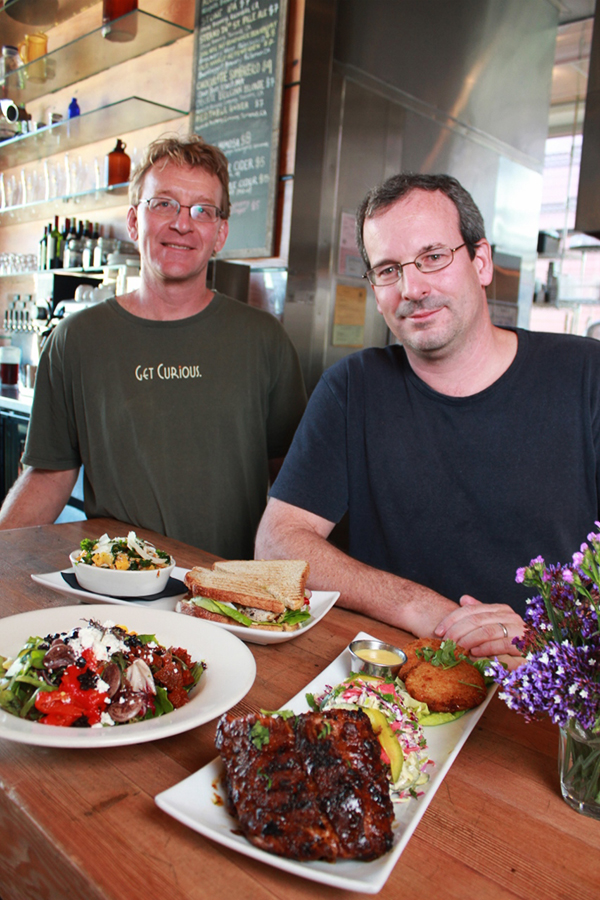 As kids, one grew up raising all manner of creatures from geese to goats, while the other slurped down noodles as a diplomat’s son in Thailand and Korea. As twenty-somethings, one followed his passion for the earth into the field of agricultural engineering, while the other got hooked on cooking and found himself opening up an Italian restaurant in Taiwan. And in their thirties, their paths finally crossed when they met over back-yard BBQs as next-door neighbors in Santa Monica. Ever since, they’ve bonded over a passion and insatiable appetite for good food.

Curious by nature, they’ve traveled and lived the world, from Africa to Europe to Russia and the Far East, not to mention almost all 50 states in the US of A (North Dakota, here we come!). Everywhere they went, as soon as the day job was done, they’d go on a culinary adventure of the palate, savoring the local fare – from duck tongues to sautéed fish stomach to, yes, ant larvae.

For many years they maintained their day jobs—Elliot as an engineer and product developer and Mark as a television producer. But, Mark eventually realized that he’s never happier than when he’s cooking for and feeding family and friends. And now, his best friend Elliot has joined him in creating The Curious Palate – a heart-warming “home” built on the time-honored belief that the bond between loved ones flourishes at the table over well-prepared, creative meals.